It’s not possible to be ‘All Knowing’ or ‘All Seeing’, but a good surveillance network is the next best thing.

Lighter-than-Air technology will bring a more capable aerial platform to the surveillance market, as it has the capacity to carry greater payloads, fly longer distances, and remain on station longer than any other aircraft. 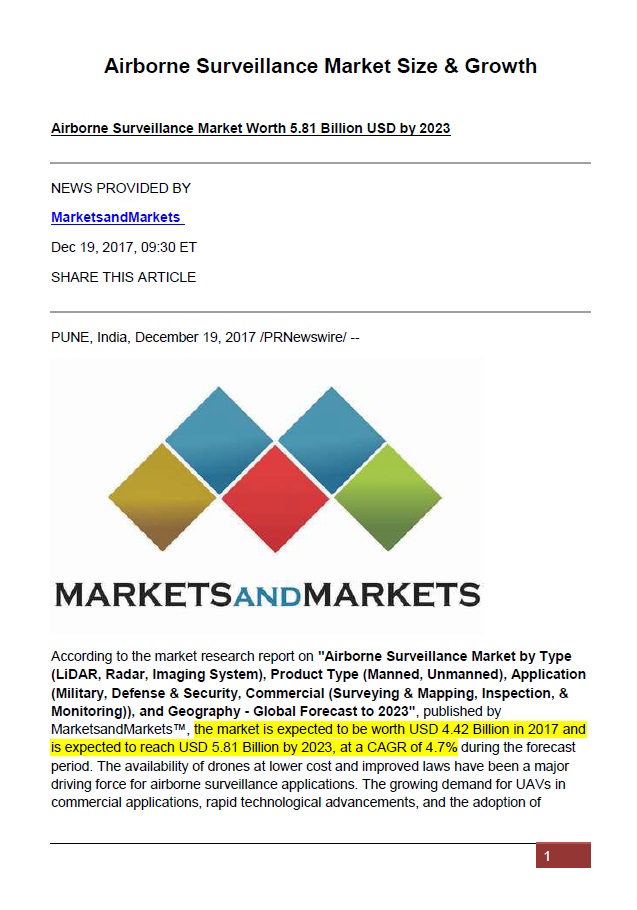 The global airborne surveillance market is expected to grow to over $5 billion by 2023 at a Compounded Annual Growth Rate of 4.7%. 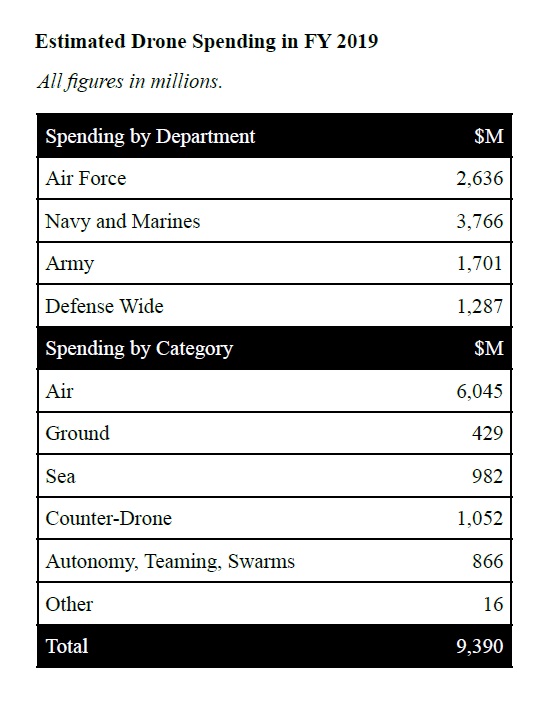 The 2019 request contains orders for more than 3,400 unmanned air, ground and sea systems.

Navy funding for unmanned systems increased by $1 billion, the Army’s funding by more than $700 million. 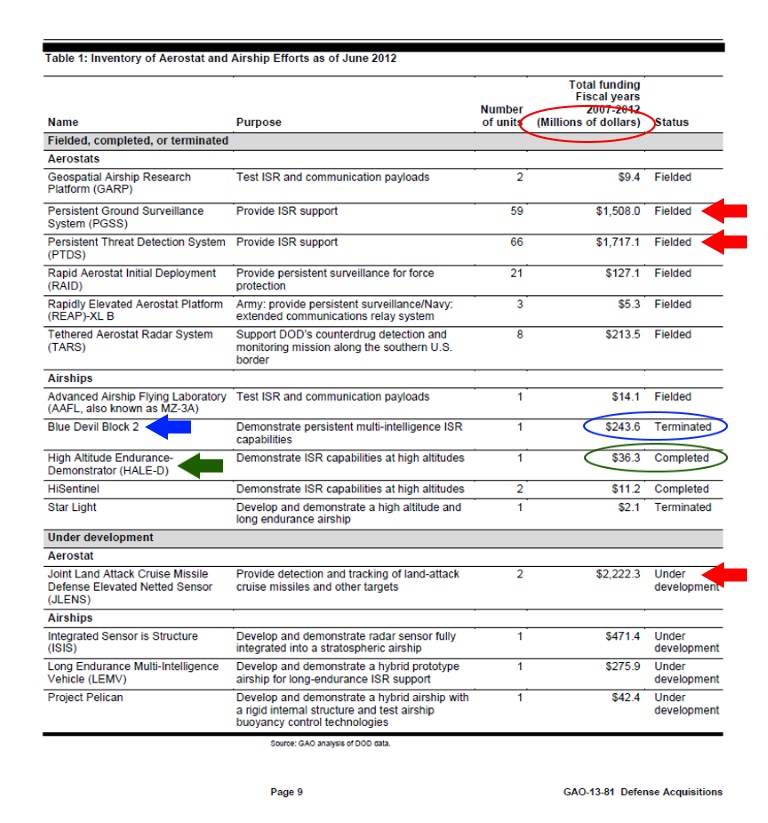 This is Table 1 from an official report submitted by the Government Accountability Office in 2012.

It outlines the Government’s investment in airship and aerostat technology between 2007 and 2012.

The three most expensive programs, as indicated by the red arrows, total more than $5 billion.

Also note the Army’s project indicated by the green arrow.

The US Government continues to invest significant tax dollars in the development of more capable surveillance technology, but they are just one player in this global industry. Several other countries have also invested significantly, which, together with the US, continues to drive the growth of the ever-expanding surveillance market. 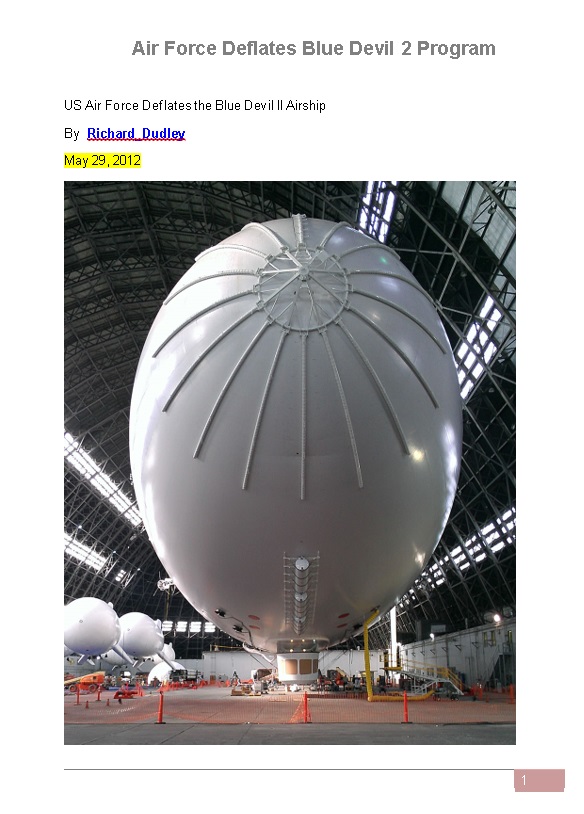 After more than $243 million in tax dollars invested and multiple setbacks and cost overruns, the Air Force decided to terminate the Blue Devil Block 2 program. 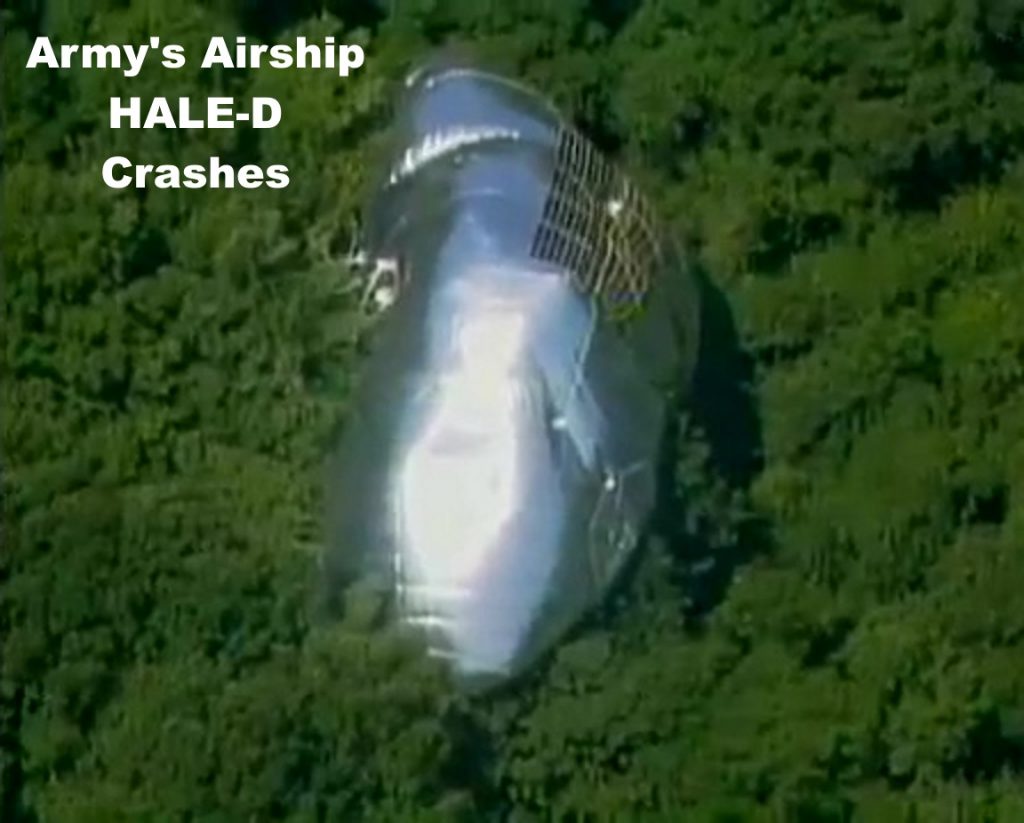 The Army’s HALE-D program had several iterations that in total cost the American taxpayers in excess $150 million.

On the morning of July 27, 2011, HALE-D was removed from the Akron Airdock and launched for the first time at approximately 5:47am.

After reaching 32,000 ft in altitude, it experienced problems and had to make a “controlled landing” in a wooded area.

At the time of the October 2012 GAO report, the program was considered “Completed”.

Lighter-than-air
and the future of surveillance technology

LTA has the potential to enhance our current surveillance capability by providing a lower cost, greater endurance platform.
Far cheaper to operate than satellite or UAV technology, it can remain on station for weeks collecting valuable data.
In addition, its greater payload capacity allows a larger ISR package providing the intelligence community with more tools to get the job done.
However, until we learn from the mistakes of the early 1900’s as demonstrated in the failed airship programs of the US, Great Britain and Italy, our attempts to marry surveillance technology and airship design will forever meet with failure.
A proven platform is the key to the success of LTA based ISR capability.