At its core, Voyager Global, Inc. is a growing R&D business.

We have invested more than 4 years in the research and development of Lighter-than-Air technology (LTA) as it relates to the rigid airship.

What sets us apart from our predecessors is the realization that to revive the technology, one must return to the fundamentals of LTA and understand how it was successfully used for more than 40 years in the early 1900’s. This is the best path to success.

It is our intent to reintroduce the technology to the global community, and in doing so transform the transportation industry as we know it today.

As a result of this merger, the US Government commissioned the Goodyear-Zeppelin Company in October of 1928 to build two large rigid airships, the Akron and Macon, for the US Navy. These two airships were to function as scout ships for Naval convoys, and each would have the capability to carry five fixed-wing aircraft within its hull.

In 1929, the construction of the Akron was begun and took two years to complete with her first test flight being carried out in 1931.

As part of the business arrangement between the two companies, twelve engineers led by Dr Karl Arnstein were brought from Germany to the US to oversee the design and construction of the two airships. This was the Navy’s way of guaranteeing the success of both airships as their previous designs, as well as Great Britain’s, had ended in failure. Unfortunately, the design team made the decision to deviate from the proven Zeppelin design. Sadly, this decision ultimately led to the untimely demise of both airships – for more information on this subject, see our video presentation, “Understanding the Demise of the Akron and Macon” available for your viewing on the “Pitch Deck” page.

Why had the Germans succeeded with their airship program, while all others ended in failure? The answer is simple; they earned their success through the accumulation of more than forty years of design and operational experience, which included the extensive use of their technology in WWI, while everyone one else attempted to shortcut the process by merely counterfeiting the German’s design.

Today, the US Government has invested an estimated $2 billion in Lighter-than-Air technology in an attempt to develop a more economic transportation solution that’s not enslaved by ground infrastructure. Unfortunately, their efforts have yielded few results primarily because they’re trying to reinvent the technology instead of revive it, as is evidenced by their hybrid airship designs.

While deployed in 2012, we witnessed an example of what had inspired the US Government to search for a more capable transportation solution.

Nearly every year, the government of Pakistan would close their border with Afghanistan in an attempt to squeeze more cash out of the US taxpayer, as Pakistan is the most direct route to the US military bases in Afghanistan.

A back-and-forth negotiation would ensue, and eventually an agreement would be hammered out, with Pakistan walking away the winner. On one of these occasions, the negotiations were prolonged, which ultimately led to the rationing of food and water on many of the military bases as millions of dollars in medical and food supplies wasted away in the desert heat at the Pakistan-Afghanistan border.

This experience served as the impetus for the birth of our project.

We realized that there is a need within the global community for a more independent and economic transportation solution.

Lighter-than-Air technology is that solution, and within the history of this technology only one design was used successfully for more than 40 years in the early 1900’s.

Our LTA solution is based on this design as well as a thorough understanding of its proper operation.

On our “Pitch Deck” page, are multiple presentations pertaining to our project. Many of them are geared toward answering specific questions about the technology, while others are designed to challenge our thinking about the way we do transportation today.

We encourage you to watch each one with an open mind because an open mind is required when imagining the future.

Hal Dick, as he was known, is an honorary founder of the modern airship era.

Who was he and how did he contribute to our project? 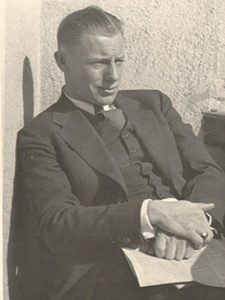